Homeowner Takes Leap of Faith and It Pays Off Big

Patrick Zeemer had a vision in mind for the lakefront home he would build at Lake Lanier, and he had a construction loan to go with it.

Unfortunately, he and his girlfriend, Jennifer Waite, couldn’t find a builder to make it happen until they met Harcrest Home’s Mike Smith. 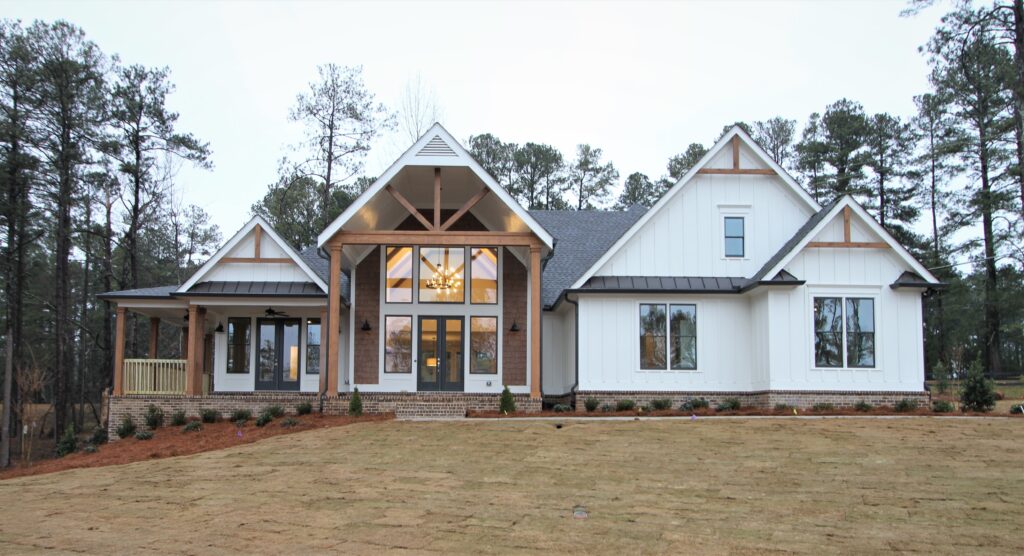 “We had worked with one or two other builders, and it was just too expensive or the communication wasn’t good,” said Patrick. “We drove around Sterling on the Lake, where we were living. When we went to see the Harcrest model, Mike happened to be there. He sat down and talked to me for about an hour and a half.”

Patrick says he and Jennifer wanted their home to have a basement in-law suite to use as an income property. They also wanted lake views, but lakefront property in the neighborhood they eventually chose was cost prohibitive.

They settled on a property across the street from the lake in the hopes that the owner of the lakefront property would open their lot up by removing some trees– and it worked! The design of the home; however, needed to welcome in views from the front rather than the back, which is typical of lakefront homes.

“Mike took a floor plan and altered it a lot to fit our needs,” said Patrick. “The living and dining look out over the lake with big bay windows. The master and two of the three guest bedrooms look over the lake, too. Mike just slowly made small design changes, and it ended up being perfect.” 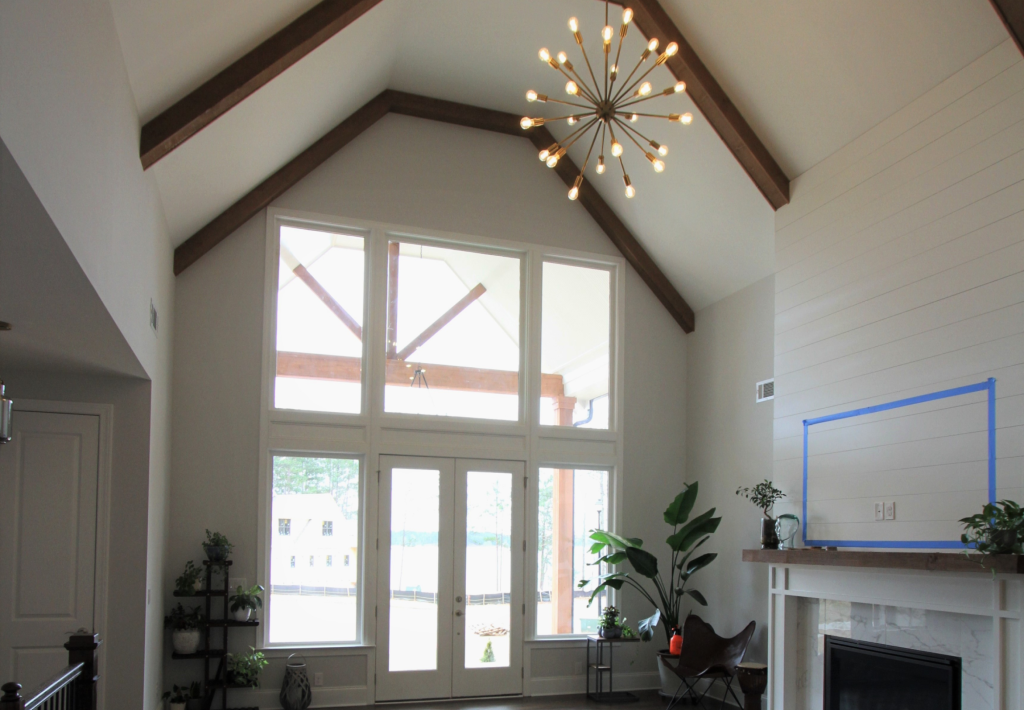 Patrick and Jennifer’s lakefront home has four bedrooms on the main level and a 1,300-square-foot finished in-law suite with its own kitchen, bath and laundry in the basement. They worked with Mike to design an outdoor living space in front of the home, giving them another way to enjoy the lake.

Patrick particularly loves the open kitchen, dining and living area concept of the home, which he says flows beautifully together. And he remarks on the craftsmanship of the stonework in the kitchen’s backsplash.

Another favorite spot is the sitting area outside the master suite. “It has a perfect view of the lake, and it’s wide enough for a couple of rocking chairs,” says Patrick, “We can just sit outside at night and look at the lake.” 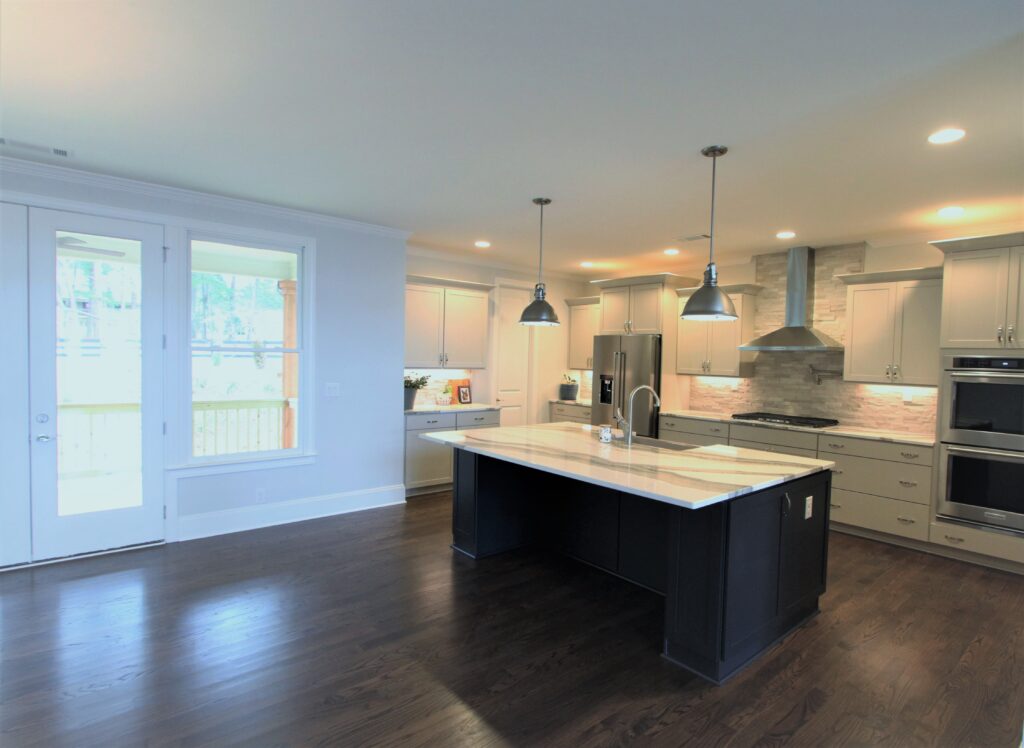 Patrick appreciates that Mike listened to the couple’s priorities. For example, the secondary bedrooms and bathrooms didn’t need to be high end, so Harcrest Home’s standard offerings were used there. The couple was very specific, however, about the KitchenAid appliances they wanted, and Patrick says Mike “went above and beyond” to get them.

Patrick says that one change order, a wider driveway to accommodate the income property, was missed during the initial construction process. When Mike was alerted to the issue months after the home was complete, he came back and widened it.

“I actually referred Mike to several friends, including one at work who is starting to build with him,” says Patrick. “The nightmare stories I’ve heard from other people are about builders’ unwillingness [to listen]. For us, nothing was left. It was all addressed.”

To find out how to get started on your very own custom-built lakefront home with Mike Smith and the team at Harcrest Homes, visit www.HarcrestHomes.com or call 678-828-7151 today.